check you photo driving license - wont affect all you oldies

check you photo driving license - wont affect all you oldies

spotted this on another car forum and thought it may be of some use on here.

THIS IS NOT A JOKE. PLEASE READ THIS THROUGH, AND CHECK YOUR OWN LICENCE.IT COULD HAVE EXPIRED, WITHOUT YOU REALISING IT !!

Thousands of motorists are at risk of being fined up to £1,000 because they are unwittingly driving without a valid licence.

They risk prosecution after failing to spot the extremely small print on their photocard licence which says it automatically expires after 10 years and has to be renewed - even though drivers are licensed to drive until the age of 70.

The fiasco has come to light a decade after the first batch of photo licences was issued in July 1998, just as the they start to expire.

Motoring organisations blamed the Government for the fiasco and said 'most' drivers believed their licences were for life.
Enlarge

They said officials had failed to publicise sufficiently the fact that new-style licences - unlike the old paper ones - expire after a set period and have to be renewed.

To rub salt into wounds, drivers will have to a pay £17.50 to renew their card - a charge which critics have condemned as a 'stealth tax' and which will earn the Treasury an estimated £437million over 25 years.

Official DVLA figures reveal that while 16,136 expired this summer, so far only 11,566 drivers have renewed, leaving 4,570 outstanding.

With another 300,000 photocard licences due to expire over the coming year, experts fear the number of invalid licences will soar, putting thousands more drivers in breach of the law and at risk of a fine.

At the heart of the confusion is the small print on the tiny credit-card-size photo licence, which is used in conjunction with the paper version.

Just below the driver name on the front of the photocard licence is a series of dates and details - each one numbered.

Number 4b features a date in tiny writing, but no explicit explanation as to what it means..

The date's significance is only explained if the driver turns over the card and reads the key on the back which states that '4b' means 'licence valid to'.

Even more confusingly, an adjacent table on the rear of the card sets out how long the driver is registered to hold a licence - that is until his or her 70th birthday.

A total of 25million new-style licences have been issued but - motoring experts say - drivers were never sufficiently warned they would expire after 10 years.

Motorists who fail to renew their licences in time are allowed to continue driving. But the DVLA says they could be charged with 'failing to surrender their licence', an offence carrying a £1,000 fine.

AA president, Edmund King said: 'It is not generally known that photocard licences expire: there appears to be a lack of information that people will have to renew these licences.

'People think they have already paid them for once over and that is it.

'It will come as a surprise to motorists and a shock that they have to pay an extra £17.50.'

The AA called on the Government to use the annual £450million from traffic enforcement fines to offset the renewal charge.

'Many motorists still believe this to be the case with the new ones.'

Driving instructor Tony Carter, of Canterbury, said: 'It's outrageous; everybody thinks their driving licence is for life.

'Why - when you have already paid £50 for your photocard licence - should you pay the Government an extra £17.50 every 10 years?

'It's another stealth tax. Drivers will be very annoyed.'

Today the DVLA said the date of expiry was carried on the new-style licences, even though the AA says this is 'not clear'.

The Agency was unable to say whether motorists were told the licences would expire when they were first issued.

It said it was issuing postal reminders to drivers whose photograph was due to expire, to get the renewal message across. But a spokesman admitted this was the limit of the DVLA's publicity.

Experts say many drivers will slip through the net because DVLA records are inaccurate and many motorists have changed address, making it impossible to trace them.

A DVLA spokesman said: 'Previous experience has shown that wide-scale publicity is less effective and can generate enquiries and concerns from those not affected. Instead, DVLA focussed on targeted publicity to ensure that we got the message to the right person at the right time..'

The Driving Standards Agency is allowing L-test candidates with out-of-date photocard licences to sit their driving tests as long as they provide a valid passport. This concession will end in January next year, raising the prospect that some L-test candidates will be turned away. 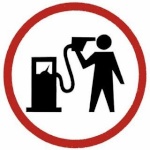 Thats odd, Past my test in 1997 and have my original card. However it does not run out untill march 2014. Thats more than 10 years.
Got to say my picture doesnt look much like me any more either

It might have something to do with when the photo license was issued a i passed in 1984 but i didnt get a photo license until 1999.

we could do with more feedback on this to find as it could have something to do with when the license is applied for...????

basically if you still have a paper license, then that was valid for life.

TOO LOW wrote:Thats odd, Past my test in 1997 and have my original card. However it does not run out untill march 2014. Thats more than 10 years.
Got to say my picture doesnt look much like me any more either

Yes everytime i move addy my license starts from that date, i know this as i keep photo copies.....

Similar topics
» What do people who cross the Border to the US do, if they are driving on US expired plates here?
» Jalisco driver license
» What you driving
» Problems renewing British Columbia drivers license.... what to do?
» Photo of one of my 4 square