Wednesday 26th August is the Mini's 50th birthday.
Please try and drive your Mini on Wednesday to celebrate.

This is what the Times printed on launch day.

FROM OUR MOTORING CORRESPONDENT


The British Motor Corporation officially announce today the
entirely new small cars that unofficially-have been described,
illustrated, and discussed for many months past. Although there are two
cars, called the Austin Seven and the Morris Mini-Minor respectively,
they are in fact identical except for the radiator grille, and during
their development they have been known by the single code name of
Project ADO 15. It can be asserted that these B.M.C. cars set. an
entirely new standard in low-priced motoring because they make no
sacrifices in the way of performance and comfort.

The B.M.C. engineers tested experimental twin-cylinder air-cooled
engines but they decided that they were not satisfactory in terms of
economy, noise level. smoothness. and life. They have therefore used
the four-cylinder A-series engine of the Minor 1000 and A35 with a
shortened stroke, giving it a cubic capacity of 850c.c. and a power
output of 34 b.h.p. at 5,500 r.p.m. The engine is mounted transversely
in front of the car with the gearbox and final drive to the front
wheels below it, making an extremely compact power pack that gives more
room for the driver and passengers. The floor is practically flat, and
the body is built out to the full length and width with a wheel at each
corner.

The B.M.C. small car is obviously destined to meet with world-wide
success, and the corporation have long since laid their plans to meet
the expected demand.
The initial production target is 3,000 vehicles a week, divided
equally between the Longbridge and Cowley plants, but this figure could
well be exceeded. The Fisher and Ludlow plant is already geared to
produce 4,000 bodies a week.

In the important European market where there is considerable
scope for improvement in British exports, the Austin Seven and Morris
Mini-Minor should have nothing to fear because they are superior to the
three best-selling cars in France, Germany, and Italy in their average
figures for fuel economy, top-gear hill-climbing ability, and
acceleration when making the best use of the gears. They offer the same
seat width (but more leg room), yet are smaller and lighter-10 of them
can be parked in the space occupied by eight of the most popular
Continental cars.


Preliminary plans have been made for the cars to be constructed by
the Innocenti firm in Milan. Some 2,000 of the new cars have already
been sent abroad and they will be displayed today in motor showrooms in
nearly 100 countries.

[quote="Ian Nicholls"]Wednesday 26th August is the Mini's 50th birthday.
Please try and drive your Mini on Wednesday to celebrate.

So you will be in your mini then Mr Nichols and not your Mondeo....??? 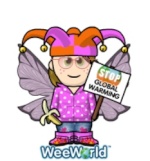 COME on Ian Bring the shed to Stanford Hall we're getting a good convoy together, and there's always room for one more

You know you want to

johnnie
I'm special I am.