I've been to this event before. I was given a flyer for this year's event when at the Norwich Motor show and asked if the club would like to support it.

It's a chance to go for passenger rides round the circuits at Snetterton, but they also have a static car display. They charge £10 entry per car for charity.

I'm going to be a bit lazy and repeat what I said about it last year:

I went in 2012, it was amazing! You can pay to have a ride in a race car. There were all sorts of cars there, the price depends on what you ride in. The drivers do it for love at the end of the season, as it is a charity event.

I had a ride in a 911 and a Mini round the Snetterton 100 and 200 tracks. My mate went in a Lambo and one of the fast Nissans. The G force from a standing start (the track had been closed) down to the first bend in the 911 (Mark Sumpter was driving) was astounding. I've not been in a car going that fast before, or at least not accelerating that fast.

Anyway, anyone want to go?

If you have never been around a track in a race car then now is your chance! 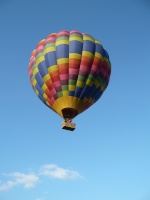 This is coming up this month - yay!