We turned up at 9-30 am, were turned away because we did not pre-book and was told to come back at 11.30am.
The Super Cooper broke down on short journey back to my house and Wingnut had to use his MINI to tow me home.
A great day out!

bad luck mate
Never had a real problem there before, hope the Cooper is easily fixed

johnnie
I'm special I am.

I think the problem is electrical and will be easilly fixed.
Today was the first time in 13 years that I have been refused entry to a car show.
We used to go regularly, but once they demanded numbers and reg numbers we stopped going because we can't predict who will turn up. Had the weather been bad then a lot of those who had pre-booked would probably have failed to turn up. And the weather was bad last weekend. Am I going to pre-book next year?
No, the Skeyton Goat can stick their show where the sun don't shine!!!

Thats not good postie hope you sort the super cooper out.. 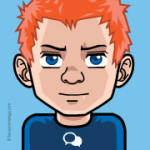 Even over 24 hours later I am still spitting feathers about being refused admission to the show.
I recall when Herbie AKA Andrew Martins was chairman, phoning up the Goat PH to book the NMOC's usual stand. I was told we had to pre-book all the cars individually. NMOC can't bully and harass its members at least a month in advance into committing themselves to a show. We don't work that way.
I had hoped that NMOC might be able to return to Skeyton as a regular event. Local shows are a good way of recruiting members.
But if the Goat PH prefers to prioritise people who turn up after the show has opened to the public or fail to materialise at all, then obviously they can do without our money and our Mini's.

Sorry to hear you got turned away Ian... Been to this for the last couple of years and can safely say that this one was a blast!!! Absolutly jam packed with classics (So much so they were being turned away to park in the public car park) Hot sun, Cold beer, great classics= PERFECT DAY

Fortunately I have calmed down now.
But I still ain't going next year!

I have just found my trophy awarded for best Mini 2004 at the Skeyton Goat show.
I think it was the next year I couldn't book a club stand......

We did queue up.

Sorry to hear you missed the show.
We had to wait 1/2 an hour before we could get in, but I have to say it was worth the wait.
Only 5 Mini's there, which was a bit dissapointing.
We will book for next year as this is our. "Local" and are friends of the Inn Keeper.