On pulling into my drive, my brother twiddled the indicator stalk and said it was really wobbly. I said yes it's been like that since I bought Elsie and showed him how it still worked by indicating then pulling on main beam for a second. But because we were watching it so closely (and the car was stopped) I saw the thin wisp of smoke float out of the stalk 'hole' so gave it a sniff. Spoke to Harry and told him it smelt of burning and he thinks the switch is burning out.
I can buy a new arm on mini spares etc but we're off to L2B on Saturday early so it probably wouldn't arrive in time! Should I swap the stalk etc off Harry's Red Mini or just not use the full beam and buy a new one in Brighton? What's the risk?

Alternatively, does anyone have a spare I can get before tomorrow evening!?

We've got one at home, if you want it. 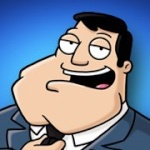 Ooh Please, could I pick it up 'en route' on Saturday morning and fit it at yours? It would be about 8am. How much do you want for it?

go on dan . charge lotttttttttsssssss and loooootttttts , its a sellers market .. captive customers are the best

heeee heeeee heeeee dont forget the fitting charge thats lots and lots as well . oh I like being a nasty person he he he

Ahem, I am capable of fitting my own indicator arm... I mean, use Harry to fit them (FOR FREE)

I fit my own speakers, I have you know! Hmm, I am captive though... Don't want a fire in my cabin, it would be a shame to burn to death hehe!

im gona hide away now , 2 self tapping screws 2 or 3 small hex head screws ,one multi plug and it done . proberly allredy done by now . but Harry its still a sellers market

Did you use Harrys one in the end ??
Studdy im after a colum with switch gear if you have the rest to get rid ov

Similar topics
» Rhubarb leaves left in garden???
» Great ways to use left over food
» Food Left in Camper
» taking off from where others left off
» Ducato left hand drive wing mirrors